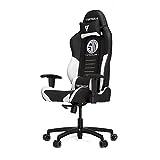 There are only a handful of players in Esports that manage to make an unforgettable impression in front of the entire world. When it comes to Fortnite, every player most likely heard the ZexRow at some point.

ZexRow goes by the name Anthony Colando in the real world. He was born on October 6, 2000, and grew up in Long Island, New York, United States. The day he started playing on the professional level, success seems to follow him around like a shadow.

ZexRow is a professional Esports Fortnite player and an active member of Team SoloMid. He earned a lot of success and achievements playing Fortnite in a concise amount of time, for an average 20 years old.

At the same time, he also found himself amidst the community’s drama and hate on multiple occasions. Regardless, ZexRow is one of the emerging talents and potential candidates to be the best Fortnite player globally.

Logitech gaming mice are some of the finest and widely used when it comes to professional gaming. It is no wonder that ZexRow places his trust in the Logitech G Pro Gaming FPS Mouse, as it is an excellent mouse for a high-quality FPS gaming experience like Fortnite. This mouse outclasses most of the mice on market in terms of simple design and high-end features.

Looking at the mouse choice, ZexRow appears convinced of placing his trust in the Logitech gaming accessories. His keyboard is the Logitech G Pro Mechanical Gaming Keyboard, which is outstanding, especially for gaming needs, as it upholds performance for years to come. It also has a detachable micro USB cable and 16.8 million colors RGB backlit keys that enhance it visually by leaps and bounds.

Every game, regardless of being an Esports title like Fortnite, demands a quality headset for the ultimate gameplay experience. Keeping that in mind, ZexRow prefers the Logitech G Pro X Gaming Headset with Blue Voice technology that offers tons of features, including noise cancellations, limiter, external soundcard, and much more. Its comfy design is ideal for helping ZexRow in prolonged gaming sessions. Dreaming big does not cost anything, but making them come true is something you must learn from someone like ZexRow. He shared his childhood memories with the community, saying that he grew up playing on Xbox 360 that his father bought him at Christmas when he was only six years old. He started by playing classic shooting games like COD 3 and COD 4.

When he turned 12, ZexRow bid farewell to console and moved on to PC gaming, he loved playing Counter-Strike: Global Offensive and had excellent aiming skills. He lacked game understanding, which resulted in him having a hard time playing as a team player. But he did not quit and continued to play and work on his shortcomings at the same time.

Later, he started playing Fortnite when it came out and continued to become a better player at a remarkable pace. After making it into the professional stage, he made a bet with his family that if he makes it big as a Fortnite player and earns a lot of money, no one would bother him about going to college.

He proved himself by doing so and winning prizes that remain just a dream for most kids of the same age. Then again, ZexRow began streaming his gaming content around the age of only 10, which is safe to say that pursuing a career in gaming has been his sole purpose since the beginning.

ZexRow began his professional Fortnite as a part of the Pittsburgh Knights back in August 2018. The world became aware of talent after he placed first alongside his teammate VapeJesus in the Week 1 of Fortnite Fall Skirmish – North America in 2018 and earned a total of $67,500.

Later on October 28, 2018, ZexRow placed third in the Week 6 Fortnite Fall Skirmish – TwitchCon Finals, which earned him a boasting $107,500. It proved to be his last Fortnite event as he parted ways with Pittsburgh Knights on November 12, 2018. Only one month later, Team SoloMid recognized his talents and welcomed him to become a part of the organization as of December 11, 2018, to the present day.

Under the TSM, ZexRow continued to learn new things and improved as a player. One of the most significant achievements of his life came in the form of him and his duo partner placing 9th in the 2019 Fortnite World Cup Finals – Duo, which earned them a total prize pool of $225,000. Recently, he placed 1st in the FNCS: Season X – Grand Finals: NA East and bagged a staggering cash prize of $100,000.

His most recent achievements come from his participation in the Ninja Battles, in which he placed first and third in Week 1 and Week 5 of the event, respectively. It goes to show how much potential he holds within as a Fortnite gamer, which will no doubt make him even better over time. During the final day of the event on March 3, ZexRow made a tweet against AimHero_o, accusing him and his duo partner of griefing his team by landing at Viking at that time.

Both teams would clash more than often, which felt weird, but ZexRow placed 3rd, and AimHero_o ended up at the 40th spot. After the conclusion of the event, AimHero_o defended himself by saying he is unfamiliar with ZexRow’s playstyle, nor he snipes the landing spots of other players.

Still, there was video evidence that somewhat proved that ZexRow had a point, but the community supported AimHero_o. It did become a messy situation and had a negative impact on ZexRow’s reputation, but it was not the first time he showed his toxic side. During his career, ZexRow had a fair share of unlucky experiences, but nothing compares to the ghostly shotgun hits bug during the Week 1 of Fortnite World Cup. He shot directly at the player, which would hit under normal circumstances, but he did not receive any damage in this case.

The texture of the blast hit the player, but the game server did not register the damage output, which resulted in his death. There are several similar cases in Esports as no game is perfect, but it is still unfair from the player’s standpoint. Famous Twitch streamer and Fortnite introduced Fortnite event under the name Ninja Battles to promote Mixer. The event kicked off on March 28, 2020, which featured the finest Fortnite talents from across the globe, including ZexRow.

It ended up in the first-place victory for ZexRow’s trio during the Week 1 of the event. However, he got carried away during the post-match interview and disrespected the other participants, which ended up upsetting Ninja, which made perfect sense. As a result, he did realize his mistakes and apologized for losing his temper, but the damage was already done.

Ninja tweeted him by congratulating first over his victory and finishing his statement with a clear intention of forbidding him from participating in the Ninja Battles ever again. There were loads of community backlash over the situation, which ended up damaging his organization’s image as well.

But there were a few pro players like SypherPK, which handled the situation rather calmly. He said that there are many immature players in the Fortnite community, but they learn from mistakes and attempt to become a better person.

Ultimately, Ninja lifted the ban and allowed ZexRow to participate in his event, setting a clear example for other players to learn from as well.

The CEO of TSM apologized to the Fortnite community for their player’s bad behavior. Many people were expecting him to get kicked from the organization, and ZexRow himself prepared for the worst-case scenario as well.

However, in the end, the final decision that TSM came up with was to continue keeping ZexRow a part of their lineup and settle the drama by charging him the one-month worth of his salary.

He was also forbidden from participating in Fortnite events for some time and undergo professional counseling in the meantime to rehabilitate himself. TSM clearly showed their intentions that such behavior would not be tolerated within the organization. If it happens again in the future, ZexRow will no longer be a part of the organization under any circumstances.

Overall, it is safe to say that it was an excellent learning curve for ZexRow, which will help him become a better player for the sake of himself as well as his professional career.

How much is ZexRow’s total net worth?

ZexRow streams of Twitch, which earns him a decent amount of money, and if you combine it with his Fortnite tournament earning, his total net worth ranges between $1 million – $5 million.

What Keyboard does ZexRow use?

What Mouse does ZexRow use?