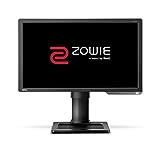 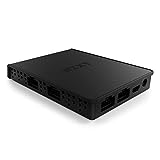 Let’s talk about Cloakzy Biography and everything we know about him. His real name is Dennis Lepore, known as FaZe Cloak or Cloakzy, who was born on December 26, 1994 (Age 25), born in Austin, Texas in the United States.

While he lived there for almost his entire life, he moved to New Jersey in the United States a couple of years ago and still lives their other than a short stay at the Faze house.

Though Cloak looks like he is a very tall guy, Cloakzy is actually 5″10. At the age of 25 and his birthday being December 26 1994 the day after Christmas he still has a lot of his gaming career left but let’s cover what has happened so far.

Cloak has always made a bit of mystery about his personal life. The reality is that he doesn’t really like to talk much about his family or background since he likes to maintain a bit of privacy.

Nevertheless, Cloakzy already mentioned that he has been in love with games ever since he was a young boy. So, this was what actually inspired him to reach the huge popularity he has now.

He started out playing Halo and even going to LAN tournament events. When CS Go came out he made the move from console to PC and never looked back. He reached the highest rank you can reach in the game which is Global Elite, such a huge accomplishment at that age.

He then started playing H1Z1 and the battle royale game style just clicked for him. Instantly he picked up that type of game and just excelled as others were still trying to figure it out.

Dennis Lepore was going to do some great things from gaming videos to becoming a twitch streamer. Again he doesn’t really go by his real name on twitch but instead Cloakzy.

Cloakzy then started getting some tournament wins in H1Z1 and caught the eye of Rogue Esports Team which he then signed too. He found out about Fortnite early on and made the switch then and was instantly good at everything in the game accept building needed some work.

Since he was so good at everything else most people didn’t even notice as he improved it quickly.

As a professional gamer, Cloakzy constantly updates his YouTube channel as well as he is also a Twitch Partner. At the moment, Cloakzy has been playing Fortnite and currently has near 1.1 million subscribers on YouTube and nearly 2.1 million followers on Twitch. These are the places where you can watch his gameplay content on a regular basis.

As we already mentioned, Cloakzy, more commonly referred to as Cloak, started his YouTube channel back in April 2015. As you can imagine, Cloakzy has played a wide variety of games until he reached Fortnite, the game that would propel his career. However, Cloakzy deleted all the previous content that he shared. So, you won’t be able to watch it anymore.

While he always had a high number of subscribers on his YouTube channel, it was Fortnite gameplays that gave him almost all the popularity and subscribers he now has. Cloakzy was able to see another increase in his subscribers when he became a member of Faze, a well-known gaming clan.

It was only in March this year that they notice Faze Cloak’s skills in Fortnite and they decided to recruit him, not as a standard member but as the team captain of Faze clan.

This turned out to be one of the best decisions that Cloakzy made in his life or so it seemed it at the time. Ever since the time he joined the Faze clan, he was in charge of the Fortnite team. Faze wanted an all star player and was searching far and wide.

Faze Banks noticed a player name Tfue and suggested that they team up and see if it is a good fit. They immediately clicked and played on another level. Tfue was also a twitch streamer and the two would network together very well playing Fortnite Battle Royale. Everyone can tell you the best part of Fortnite was waiting for Fortnite Friday and seeing some amazing gameplay as duos went against each other for a $25,000 weekly prize.

You can tell the age of a Fortnite player just by mentioning this and seeing if they remember the gaming videos that would show a squad splitting up and seeing which duo would get the most eliminations that were hosted by Keemstar.

They ended up being invited 9 times to Fortnite Friday and would just show the skill that they had. Cloak had an amazing clutch game that got them the victory that week. Out of the 9 times they played, they took home 1st place prize 4 times!

Yes! That number is correct. Please check the link below for a full break down on Cloak’s tournament winnings to date.

Unlike what you may think, Cloak doesn’t stick to playing only with Tfue. In fact, he tends to be a regular presence on other Fortnite players and streamers especially among the Faze clan members.

After all, he has already made some guest appearances in some of them but also in others outside the clan.

In case you want to keep up with what Cloakzy is doing all the time, it is better to reach him at his Twitch account than on his YouTube account. While he keeps releasing his gameplays on both, the reality is that the content he displays on both is different.

If you carefully check the Cloakzy YouTube channel, you will notice that he tends to focus more on the gameplay highlights. However, if you really want to see Cloakzy in action playing Fortnite, then you need to check his Twitch account.

The buzz has been going around that Cloakzy has found a girlfriend. Cloakzy’s girlfriend is non other than Twitch Streamer Alexia Raye who is also good friends with 100 T Valkyrae which constantly stir’s rumors about Cloak going to 100 Thieves when his Faze contract is finally over.

It is rumored that they are no longer dating but Alexia Raye doesn’t want to officially say anything as I’m sure it’s bringing her a decent following (source).

At the moment, Cloakzy has a current net worth of about $1.5 Million with all his brand deals, tournament winnings and sponsorships. However, it’s hard to see what his net worth is as he is still in a legal contract with the Faze clan.

He is still an active member of the clan though he has dropped the name and anything related to them. He is stuck in a contract similar to Tfue.

The difference is Cloakzy actually started this battle before Tfue. So his net worth could even be a little lower if Faze fights him for some of his earnings like support-a-creator code or twitch subscriptions.

They have tried to do this portion against Tfue and they ended up failing as the court ruled with Tfue since Faze publicly said they would never do this.

Cloak did state that the people in Faze clan did nothing wrong it was the suites at the top that he has issues with. Either way he will always be streaming for his fans no matter what happens, he has an amazing community from all over the world.

Tfue and Cloakzy couldn’t qualify as Tfue streamed the qualifying matches without a delay. These were Trio’s and it was Cloak, Tfue and 72 Hours.

Cloak really wanted to get focused and get back on top in Fortnite and was dedicating more time than ever to Fortnite.

Tfue was approached by EA and asked them to do a stream where he plays Madden on stream. He said he was not available and they would search for other content creators to get more views on their game.

They ended up reaching out to Cloak and 72 Hours. They both heard the information and took the deal, then they went live with Madden on their streams.

Tfue was waiting for them to join him on Fortnite and he navigated to their page and noticed they were streaming Madden. Tfue then revealed that he was approached by this sponsorship first and he said no. He then said he turned down the $140,000 to play the game on stream so he can practice for trio’s.

Cloak and 72 Hours were stunned saying who can turn down a contract for $140,000. Well it looks like Tfue can. Later they did make up and ended up placing 7th in the region for Season 2 Chapter 2.

Lately Cloak has been playing lots of different games including Warzone and Valorant. He really seems to enjoy Warzone and at times you can catch him playing with Ninja having a good time.

Faze Cloak uses the Razer DeathAdder Expert mouse [Amazon] to play Fortnite. The truth is that this mouse is able not only to deliver all the comfort you need while you are playing since you can easily control everything under your palm.

Featuring a compact design, the Razer BlackWidow Tournament Edition is a great addition to Fortnite. After all, the audible click allows you to have a better performance when you are playing your favorite games, including Fortnite.

Using the 24” Zowie 1920X1080 E Sports monitor [Amazon] or screen is definitely an advantage to Faze Cloak. After all, you can expect to get an extremely soft and smooth gaming experience as well as you can have enough clarity in darker scenes.

The SteelSeries Arctis headphones [Amazon] are simply amazing and we are sure that you’re going to love them. Featuring high-density neodymium magnets, you can expect to get amazing clarity and realism.