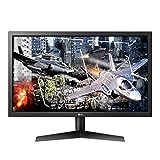 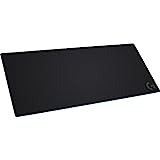 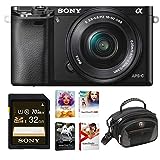 Ali Kabbani born May 24, 1999, in Midwestern U.S. state, Michigan is an American YouTuber and Twitch Streamer with slight Middle-Eastern heritage, better known online as Myth. His former nickname was TheMyth.

Kabbani has two sisters and an elder brother. He and his siblings have never lived with their mother because she was mentally unstable and clinically unfit for parenting. Thus, he resides with his uncle’s family.

Kabbani and his siblings were later legally adopted by their uncle. The reason following this mental state of his mother is her tormented childhood.

She had lost her parents at a young age, which had a negative influence on her mind. Now Kabbani lives in Michigan, Texas, and shares a residence with his teammates Hamlinz and Daequan, also Fortnite players and teammates.

Not much is known regarding his love life, only that he had a virtual relationship with former League of Legends player Pokimane which never panned out for him.

Myth gained success from playing the game, Fortnite Battle Royale, where he is known to be one of the greatest builders in the community.

The well-known E-Sports team, Team Solo Mid (TSM) acquired Myth as a part of their Fortnite Battle Royal team on 11 January 2018, and he was announced as the team’s first competitive ‘Fortnite’ player.

‘Myth has been a part of the community since the very beginning of its release, making his way to rank one on the leaderboards as one of the game’s premiere Builders. He is known for his innovation, with much of his popularity coming from coming up with successful strategies that others might have overlooked and pushed the boundaries of that particular system.’ – TSM’s announcement.

He was instantly promoted as the captain of the Fortnite team for Team Solo Mid (TSM) as a brand new squad for ‘Fortnite Battle Royale’ mode, which is currently the most streamed games on ‘Twitch.’ Myth is the most famous and noticeable than any other member in Team solo Mid team. Myth started playing computer games at a very young age, at only four and since then he has dreamt of making a career by playing video games.

He has always been a passionate gamer. His first step to a professional gamer was joining the live streaming video platform ‘Twitch’ on May 14, 2016. He started by often broadcasting a game known as ‘Paragon,’ along with playing ‘Miscreated.’

‘Paragon’ is a game developed by Epic Games and that is the same company that released Fortnite.  Mastering ‘Paragon’ helped him to become one of the best players in Fortnite from its beginnings.

His solid building strategies helped him pick up the game very fast along with his unconventional and innovative tricks. This gaming style earned him the number one spot on the leaderboard and the honor of being called one of the game’s best ‘Builder’ players.

Myth is also unique because he is always himself while streaming, unlike other gamers, he never masks on a character. Myth, of course, chose to stream the franchise, justifying his success on the Internet.

While playing solo, TSM Myth mostly uses his favorite weapon, ‘Tactical SMG,’ and when playing with his ‘TSM‘ squad, his favorite is the ‘Grenade Launcher.

Myth was an odd small Twitch Streamer before the release of Fortnite, with only 800 YouTube subscribers on his channel before Fortnite. Myth now has almost 5 million ‘Twitch’ followers.

His other social media accounts has a subscription base that is equally notable. He has a ‘Twitter’ handle, which also has more than 1.2 million followers. His ‘Instagram’ account has already crossed over the 5.6 million mark.

Have you ever asked your self how much a famous gamer like TSM Myth is worth? On his Twitch platform, he has over 5 million followers and has managed over 70 million views so far.

He has an average of 13,000 viewers per stream. His peak viewership was approximately 159,000 viewers. Myth has about 7,000 subscribers from which he earns a minimum of $2.5 per subscriber each month. Myth enrolled for the Ninja Vegas Tournament on April  22, 2018. He was assigned to Heat 3 so he played three games in the heat. He was on the rear stage alongside with three other players.

As TSM Myth is widely famous for the most experienced builder on Fortnite, anticipation for TSM Myth’s success in the tournament was largely attended, but an unfortunate altercation of events resulted in the contestant’s enviable failure.

Myth explained that his death was affected by a rare bug in the game that will send the character flying when they build or edit the large and high structures.

In addition to his interpretation of the unfortunate death at the event, Myth tweeted and addressed the critics who pointed to this death and his other early failures as proof of nerves getting the best of him saying that they were taking the event too seriously.

“I see a lot of conversation about my nerves when playing at this event. Just wanted to be clear that I wasn’t all that phased by it being a live event or the amount of people watching. Everything was chill after the 1st match.” – Myths’ tweet after the Ninja Vegas ’18 tournament.

With Fortnite’s competitive scene only resuming to grow, there will most likely be many more large-scale events that Myth will be prepared to show why he is one of the most skilled players the popular battle royale title has to contribute.

As a part of the team TSM that is sponsored by Logitech Myth pretty much uses all Logitech products.

Myth is using the Logitech G703 [Amazon] Lightspeed mouse to play Fortnite. This is actually a wireless mouse which is surprising because most professional gamers do not like to use wireless equipment when it comes to gaming.

The design of this mouse is really impressive; it makes it look slick and futuristic. With the LightSync technology, it is effortless to control the lights in this mouse.

It has a PMW3366 Gaming Optical Sensor, known as the best in the eSports enterprise. With the unique Powerplay Wireless Charging System, it can be charged wirelessly.

For a keyboard, Myth is using the Logitech G910 [Amazon] Orion Spark Mechanical Gaming Keyboard that has a High-Speed RGB Mechanical feature which enables Myth the possibility to deliver more than 25% than the other gaming keyboards.

This stylish keyboard has nine additional programmable keys that let him create custom game commands. The unique feature that this keyboard offers is the Quick-Access Media Controls, shortcut keys for media control such as Play, Pause, Stop, and much more.