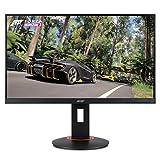 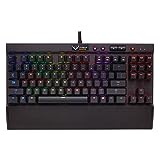 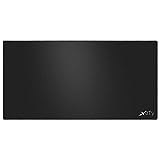 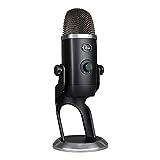 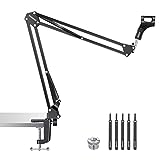 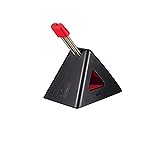 While this may be a surprise, Mongraal is one of the youngest top Fortnite players in the world. With only 15 years old. His name Kyle Jackson was born on August 13, 2004, in Bexley, London.

Despite his young age, Mongraal is already considered one of the biggest talents and he already signed a contract with a professional esports organization.

While many other players have a wide range of games they already played before, this isn’t the case of Mongraal. The truth is that this English young boy started with Fortnite.

One of the things that makes him different as a player besides his age is the fact that he can be a bit aggressive while paying as well as he is also known for his moves.

Since he is so young, many people and even other Fortnite gamers tend to overlook him. However, this is only up to the moment that they have to face him and his skills playing this amazing game.

With only 15 years old, Mongraal can say that he already found success and he didn’t even need to do a lot.

The truth is that besides the skills that allowed him to be recruited by one of the best Fortnite teams in Team Secret, he was also featured in BBC (British Broadcasting Corporation) News.

And the main reason that led to this special interview was the fact that Mongraal is not only the #1 British Fortnite Player as he is also the Youngest Competitive Fortnite player.

During the interview, Mongraal, revealed that he loved to play games his entire life but it was when he was about 9 years old that he started dedicating more time to gaming. At the time, Mongraal was playing Halo and Call of Duty.

He also played some CS Go and H1Z1 even beating some semi pro players but as mentioned he was not very serious about these games. There was something missing for him and he wanted more, then Fortnite was released. As such a young kid, a natural question within the interview regarded Mongraal’s parents and the way they see his gaming life. According to Mongraal, he does very well in school and he understands that his parents don’t have anything to worry about since he is able to do both things at the same time.

While it is a privilege to Mongraal to be considered not only the best player in the United Kingdom but also the youngest competitive Fortnite player, Mongraal wasn’t quite disappointed when he wasn’t allowed to participate in a special Fortnite tournament.

The truth is that Mongraal had been featured in 5 Friday Fortnite Tournaments that, as you probably know, were the most important regular tournaments. So, after winning the sixth week with Domentos, a partner, he continued to play in the tournament in the next two weeks.

However, he decided to change partners and he played with Deji.

As you can imagine, there are many different tournaments for Fortnite players. However, one that is very popular especially because it is hosted by Fortnite themselves, is the Summer Skirmish.

This is a weekly tournament that that takes place during multiple days. This could be a great opportunity for Mongraal to show off his skills despite his young age.

However, Mongraal wasn’t able to attend this tournament exactly because of his age. The player still argued that he just couldn’t control his age and that he had been considered as the youngest competitive player in the world. Despite all this, Mongraal had to stand aside.

At this time the youngest you could be to compete was 16 but later in February of 2019 the rule finally changed the age from 16 to 13 (with parents permission). This would allow him to compete in tournaments going forward and compete he did.

Originally recruited by the Team Secret, Mongraal currently has around 3M subscribers on YouTube and around 2.4M followers on Twitch. Mongraal keeps updating them both on a regular basis.

Starting out in Fortnite

When Mongraal started in Fortnite he really enjoyed the smoothness of the game and the extremely high skill ceiling. This means you there are so many things to master in the game, there will be so many different levels of players.

He ended up finding a squad and played the game and quickly grew his confidence. If you know him know it’s hard to believe there was ever a time where he wasn’t confident but we are all newbs at some time.

In 2018 he was already becoming a force as his aggressive style is so different than everyone else. He has also mastered the mechanics of the game such as building and editing.

People have asked him how to get good and he said:

“Just rush everyone, never be scared to engage them””

It was now time to play in his first duo game and he decided to drop his old partner Domentos for a new partner in Mitr0. Them together would be amazing and they did very well right off the start.

At this time the streamer was ready to see even more fame.

Before the World Cup Mongraal had departed with Team Secret and has Joined Faze Clan. Faze Clan bought his remaining time on his contract.

The date has finally arrived and the World Cup was happening. First would be Duo Tournament, Mitr0 and Mongraal were ready and performed very well getting a very solid 6th place.

Next was the Solo Tournament and Mongraal didn’t let his fans down he ended up in 13th place. All together he would be taking home some serious cash, to be exact $375,000.

Next set of tournaments would be Trio tournament. Mitr0 and Mongraal picked up BenjyFishy and they were winning every week so they couldn’t wait for the tournament to start.

This was season 10 which was a mess, it was the season the Mechs entered Fortnite and the pro players did not enjoy them. Each time they ended up getting pushed early by multiple Mechs and out of 32 teams ended up coming in 10th.

The Squad tournament was next and again they needed to fill up the team. They decided to friendly part ways with Mitr0 as Mongraal said his new duo partner from now on would be Benjyfishy. They needed to pick up two more players and they went with Wolfiez and Nayte.

This was Chapter 2 and things have went back more to normal with no Mechs in site. They played very well and concentrated on box fighting, mechanics and rotations. They ended up coming in 2nd place in squads.

We hope you enjoyed Faze Mongraal Biography, he is such an exciting player to watch with all his crazy outbursts on stream. He is definitely a talented at gaming and continues to show this to his new team. Here is some more FAQ’s about Mongraal or as he is known, Kyle Jackson.

How old is Mongraal?

Mongraal, Kyle Jackson was born August 13, 2004 which currently makes Kyle Jackson age 16 but his birthday is coming up soon.

How did Mongraal get his name?

I feel Kyle Jackson picked the name Mongral for the definition which means “mixed breed”. It’s a great name as it shows he has multiple skill sets all rolled up into one. I have searched for him telling a story about his name on YouTube and streams but no luck, google was no help either.

Yes, he did quit school around March 9th, 2019. He has recently said he missed school and is considering going back but others warned him things have changed. He is now extremely popular at age 15 with millions of fans. Kyle would have to fight off all the fans at school. A similar thing happened with another pro player named H1gh Sky1. He went back to school and was swarmed by people because he had over a million subscribers on YouTube. People warned it would be even worse with Mongraal as he is much larger than H1gh Sky1.

What does Mongraal stream on?

Mongraal has been streaming since he started on twitch.tv. All his links are at the top of this page so feel free to follow him and check him out.

NO! You can watch him stream live on twitch just search him up. I believe this information got out because a site that mainly talks about people that have died did an article on him. At the bottom of the article they did say he was still alive but it seems like this is how that rumor is circulating through the social media.

Why is Mongraal so good?

If something doesn’t go his way Kyle will analysis it, theory craft and even watch back replays to see what has gone wrong. He then fixes it or takes it to another level and keeps putting the time in, a real gamer.

But what makes Mongraal such a great Fortnite player? We have no doubts about this kid’s skills. Nevertheless, there is nothing like having and using the best equipment that allows us to have a better gaming performance. So, let’s find out the Mongraal’s equipment.

When it comes to using the monitor for daily grinds, FaZe Mongraal relies on the Acer XF250Q Cbmiiprx Gaming Monitor. It features zero frame design and supports both Free Sync and G- sync compatibility, reducing stuttering and indefinite input lag.

However, what sets this monitor apart from others is that it features a 240 Hz refresh rate for an enhanced experience, especially when it comes to FPS games like Fortnite. It might be the reason why Mongraal prefers Acer XF250Q for his everyday gaming needs.

Over the years, Logitech managed to become an excellent companion for gamers across the globe with its high-end gaming accessories. It also earned the trust of Mongraal as he uses the Logitech G402 Hyperion Fury FPS Gaming Mouse for his competitive Fortnite gameplay.

This mouse supports the tracking resolution ranging from 240-4000 dpi alongside being a lightweight and simple yet comforting design. Also, the fusion engine technology and the 1ms report rate make it the world’s fastest mouse, which easily makes it an ideal choice for Mongraal to place his trust in it.

Whether it be gaming from home or traveling for events, you might want to prefer a keyboard that is easy to carry around without taking much space. So for players like Mongraal, Corsair Gaming K65 Compact Mechanical Keyboard makes for an ideal purchase. It features a 10 keyless design and aluminum frame for additional durability.

The CEO support and advanced lighting support allow you to play around and customize game and color options. The report rate of 1ms offers great aid for Mongraal to help him perform to the very best of his abilities without major setbacks.