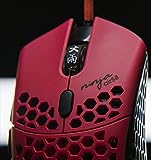 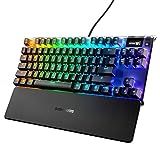 Fortnite Benjyfishy otherwise known as Benjy David Fish is gaining lots of popularity being one of the youngest streamers to ever reach numbers like him.

At age 16 he is sitting at a net worth of $389,000 and has qualified for the World Cup four times throughout his competitive Fortnite career. Born and raised in England he was offered a position on a professional Fortnite squad in May 2018 when he signed with Team Flush.

He later gained a lot of exposure and fame and signed with preeminent NRG eSports squad in March 2019.

The 16 year old Fortnite Benjyfishy is a internet sensation and role model to all of the Fortnite community seeing as most of the community can relate to him.

The average age of Fortnite players falls in the range of 16-24. Fortnite Benjyfishy has over 900,000 subscribers and followers on both twitch and YouTube and is only gaining more popularity as time goes on.

For his age that is an amazing accomplishment not to mention he was getting professional offers from teams at the age of 15.

Fortnite Benjyfishy was born and raised in England with a rough childhood. His dream is to buy a house for his mother and him because his dad passed away when he was only eight months old due to cancer.

He has an older brother named Charles and they were forced to become homeless and have been renting places to stay ever since. They were living in a cottage-like house near a river and he was cut off from most of the world.

He would only be able to connect to others through Fortnite and other online games.

His drive and passion for gaming comes from his childhood because it his dream to give his mother an amazing life. His mother Anne would sleep behind the couch in the living room with her bed, desk, and belongings all cramped together.

She did her best to support two children with very little that she had.

What started off as a simple hobby turned out to be a life changing experience for Fortnite Benjyfishy which was surprising because of the millions of other teenagers who also play Fortnite.

At 15 years old he won $25k from competitions and the money is just going to keep coming due to his skills. Needless to say the entire gaming community is rooting for this boy to live a lavish life after struggling for many tragic years. Fortnite Benjyfishy dreamed of becoming a eSports professional since the age of 13. His older brother Charles started him off with Call of Duty at the age of seven and has been his game of choice since Fortnite came out.

The moment Fortnite was released Benjy climbed his way up to one of the BEST in the world.

His mother didn’t approve of his skills at first until he woke her up in the middle of the night and told her he won around $10,000 in online competitions against the best players in Europe.

At this point in his life, he was juggling school and trying to play Fortnite for several hours a day. He would often go to school with just a couple hours of sleep.

Seeing as his popularity started to grow, his mother suggested that he switched to homeschooling so he was able to play Fortnite until 4am and wake up at 2pm in the afternoon to maintain gaming as a full-time career.

Sooner or later Fortnite Benjyfishy’s mother suggested that he quit school and play computer games full-time and at that point he didn’t believe what he just heard.

A few weeks later after leaving school he qualified for the Fortnite World Cup in New York which automatically guarantees him $50,000 in prize money but $23 million to be won.

He reached the finals for both solos and duos meaning if he won both he would have a grand total of $4 million.

Fortnite Benjyfishy just finished participating in EBS TRIO INVITATIONAL with his partners Mr Savage and ATL LETSHE . The three placed first with 42 kills out of 5 games. Mr Savage is also a professional Fortnite streamer at a young age just like Benjy sitting at around 1.3 million followers on twitch.

Mr Savage has been Benjy’s buddy for a lot of his professional career. The two are a force to be reckoned when playing together because they can easily become unstoppable with the amount of chemistry they display as shown time and time again.

Fortnite Benjyfishy is going to keep on moving forward with the amount of accomplishments he has had in such a short amount of time.