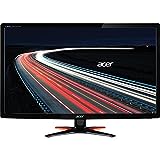 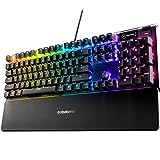 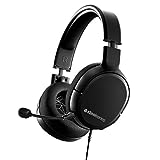 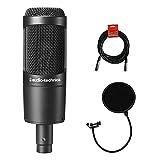 H1ghSky1 is among the youngest names in the history of Fortnite to ever touch the game. HighSky1 goes by the name of Patrick with his last name remaining a mystery still waiting for someone to solve it.

Patrick was born on April 1, 2007, in Las Vegas, Nevada, United States, currently making him only 13 years old and a few months old. He became known to the world through the internet under rather unfavorable and not so delightful circumstances.

Patrick managed to achieve a lot at a very young age where kids mostly worry about going to school daily and homework. He is a successful YouTuber and streamer on Twitch with a healthy fanbase.

When it comes to popular games like Fortnite, he is the youngest competitive Esports players in the genre at the moment. His rising success made it possible for him to not only attract the attention but also become a legal member of the massive Esports franchise FaZe Clan as of April 1, 2020.

Before making a name for himself in the world of Fortnite, Patrick had the passion and dedication which plays a massive in the making of a future professional gamer. He was only around 8 years old when the gaming ignited the flames of passion within him.

His love for games comes from him playing shooter games like Counter-Strike 1.6 and Source, but that is not the end of the story. His father was the main reason that got him into gaming as Patrick would sit beside him and watch him play Call of Duty late at night.

When it comes to Fortnite, Patrick managed to put his hands on the game around the same month it got officially released. But he only tested out the game and dropped it soon after.

Soon after about a month, he officially became invested in the game and strived to make a name for himself that he is best known for today. He played Fortnite at a highly competitive level by harnessing and mastering the necessary skills by the countless hours of grinding on a regular basis. FaZe Clan and H1ghSky1 Signing Off an Agreement

The dream come true moment for the 13-year-old Patrick came in the form of FaZe Clan officially confirming him as a part of its Fortnite squad on March 22, 2019.

This fine addition to the squad formally got made public by FaZe Clan over on their official Twitter account. Initially, the move came after Fortnite professional Ali “Myth” Kabbani asked H1ghSky1 repeatedly regarding the situation on a live stream.

Before him, Sway also joined the Fortnite roster of FaZe Clan at the young age of 15 on March 12.

It is no doubt that this massive accomplishment helped Patrick in more ways than he could have ever imagined. Although he was already a successfully partnered streamer on Twitch before signing a deal with FaZe Clan, the statement further helped him in attracting massive numbers over his platform from across the globe.

Considering the history of FaZe Clan as to how it welcomes young talent to improve and learn, it is highly probable that the fans might be able to witness H1ghSky1 compete and represent his team in the future tournaments. The professional gaming and use of social media do not explicitly restrict any person from benefitting from it unless they break the given rules and regulations. It happened in the life of young Patrick as some heavy accusations got made against him concerning his age.

When it comes to popular streaming platforms like Twitch, it is extremely open towards streaming gaming and other daily activities. However, the site still has strict rules that streamers must follow for safety and avoid any trouble to their channel.

There is a rule that states that the streamer must fulfill the criteria of being over at least or above 13 years of age. In this regard, the popular FaZe Clan member Tfue sued his own organization over illegally signing a contract with H1ghSky1.

According to FaZe Clan, Patrick was over 13 years of age at the time of becoming a part of their roster. But Tfue sued a lawsuit against FaZe that he was only 11 years at the time which stirred up a huge drama over the internet.

In accordance with the report published by Upcomer, Patrick celebrated his fifth birthday alongside his family in 2012. It implies that Patrick was clearly underaged to meet the criterion of being at least 13 years old at that time.

It was clear that this whole accusation was indeed correct and FaZe Clan did make a mistake of signing a deal with Patrick. The lawsuit posted negative effects over the FaZe Clan as well as the parent of Patrick. It resulted in Patrick unable to stream over his Twitch channel as of June 4, 2019, until the day he turned 13.

Although Patrick not participating in Fortnite World Cup somewhat confirmed him being underaged as of the previous year, there were still doubts and mystery surrounding the entire scenario.

In this regard, Patrick also got allegedly removed from the Twitter platform for creating an account before turning 13.

After the whole drama and keeping fans on the edge, on June 5, 2019, Patrick spoke during his live stream on YouTube him being admitting how he lied about his age. He said that he was impatient and two years was a long wait for him, admitting everything directly on a stream alongside his mother.

The Official Return of H1ghSky1

Leaving behind the past, H1ghSky1 handled the entire situation brilliantly alongside the support of his fans across different platforms. His patience got rewarded in the form of FaZe Clan formally announcing him as an official team member as of April 1, 2020.

He is not just a regular steamer for FaZe Clan but also represented his organization by making an appearance in events like Platform Cash Cup and Fortnite Champion Series Chapter 2 Season 3 Qualifiers.

Moreover, he also accumulated a decent fanbase over multiple social media platforms like YouTube and Instagram. It is only the beginning and only the time will tell what the professional gaming and his allegiance with FaZe Clan have in store for the future.

Why did H1ghsky1 get Banned?

Patrick got indefinitely banned from Twitch as a consequence of hiding his actual age during his contract with FaZe Clan.

When did H1ghSky1 Join FaZe?

On March 22, 2019, FaZe Clan officially signed off a deal by bringing Patrick “H1ghSky1” on their roster.

When did h1ghsky1 start streaming?

Patrick had an early start in the world of gaming at around the age of 9-10. He officially decided to begin his streaming career in December 2017.

What is the Net Worth of H1ghSky1?

As of October 2020, FaZe H1ghSky1 is Patrick’s YouTube channel which earns him over a total net worth of $383,000. Thus far, he made over $7000 by playing Fortnite at a competitive level.

In response to the Tfue’s lawsuit, H1ghSky1 joins hands with Logan Paul into the making of an official diss track. It absolutely blew up on the internet within a matter of hours.