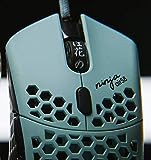 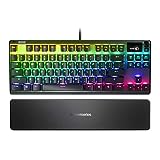 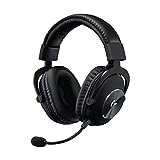 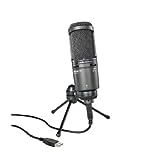 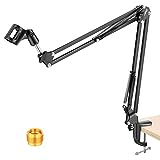 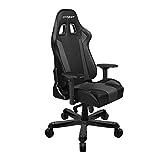 Bugha or otherwise known as Kyle Giersdorf grew up in Pennsylvania where his father helped coach him in his Fortnite career.

If you are interesting in Fortnite World Cup, then it is quite obvious that you will have many useful things as far as this article is concerned. In this article, we will be looking at this player who is better known as Fortnite Bugha.

There are quite a few things unique about Bugha and we will try and have a look at some useful information about this young player and other such important statistics and other such things.

We are sure it will be of interest and use to readers, information seekers and other stakeholders who keep close track of the happenings in the Fortnite World Cup.

So without wasting too much of time let us straightaway get into the various aspects of his life and achievement as far as Fortnite World Cup is Concerned.

To begin with, Fortnite Bugha is perhaps the first player in the history of Fortnite World Cup who was able to pocket a cool $3,000,000 in the form of prize money on the way.

Before that he was not a very big name and was considered to be an also ran in the various matches. He also was relatively unknown as far as the Fortnite Community was concerned. However, the big showdown event in the famous New York City changed everything about Bugha.

Today he is counted as one of the most famous amongst thousands of Fortnite fans, not only in this country but also across the world. He certainly did put up a very impressive show and took on some of the big names and literally bulldozed through a very competitive, talented and capable player pool.

He beat all of them by a wide margin. These included players of the like of Tfue.

Hence, there is no doubt that he has earned every bit of his name, fame and other such things that have come his way. Let us therefore, spend some time learning more about the biography of Bugha and also the various other things that might help in coming out with the right Bugha Settings for all those who are interested.

Those who have been following Bugha closely known that he has own You Tube Channel. You can see him regularly streaming different types of competitive Fortnite gameplay on other social media sites like Twitch.

Further, he also has one more feather in his cap and he has signed into the competitive gaming team by the name SEN. As mentioned above, it would be pertinent to mention here that Bugha won the prestigious Fortnite World Cup when he was just 16 years old. Since then he has become an inspiration for many gamers.

He appeals to those up and coming players who are spending their time, energy and effort in their favorite games and pursuing their dream to become professionals one day.

It would be pertinent to mention here that Fortnite Battle Royale is considered to be one of the most well known games in the world. They are also known to offer attractive prize pools for the players who are keen to compete.

The good thing about Fortnite is that any player using Arena Mode can compete. If the players are able to place themselves high, then they get a chance to be invited to various other games and competitions. This will allow the players to have a shot at the attractive prize money.

From a Rank Outsider to World Beater

Bugha is from America and it was here that he became one of the youngest players and competitor as far as the Fortnite World Cup in New York is concerned.

He also had the privilege of qualifying for the World Cup held during the first week of Solos. When he took part in this event, Bugha was considered as an outsider with very little chance.

He was not considered to be a favorite as far as the competition was concerned. This was perhaps because there were other big names such as Tfue.

These players had more traction and more number of followers when compared to Fortnite Bugha. However, it is to the credit of Bugha that he was able to literally thrash his opponents. It was indeed unbelievable that no one able to come anywhere close to him in the rankings.

The players took part in six solo games and Bugha was able to easily win the first of these games. Bugha intelligently managed to stay away from the rest of the games and was also able to place himself higher than all the other players.

He also was able to pick up quite a bit of skills along the way. There is no doubt that his win took him to the top as far as the Fortnite World was concerned.

Further, he also was able to increase his popularity exponentially because of his sheer talent and because he won this prestigious tournament. It is therefore not very surprising that today he is able to get tens of thousands of fans on Twitch and of course on You Tube.

It would also be pertinent to mention here that he also has made many television appearances to talk more about the World Cup wins.

He is one of those who do not believe in the laurels he has won. He continues where he left off and is qualifying for the various upcoming Fortnite competitions.

These include Trio’s Cash Cup and a few other events. He can be watched online via Twitch and you certainly will enjoy him competing and giving out his best.

How did Bugha get his name?

A lot of people ask how did Bugha get his name in Fortnite?  When Bugha was younger his grandfather use to say bugha bugha to make him smile and it always worked.

Hence, he was coined with the name Bugha.  It’s awesome to have such a positive story for coming up with an online handle.  Bugha is for sure an amazing ambassador of the competitive eSport scene in Fortnite.

What Mouse does Fortnite Bugha Use?

Now that we have a reasonably good idea about the bio of FORTNITE BUGHA let us try and get into some technicalities. This is important because even the most talented players need to have the right tools and accessories.

As far as The Fortnite Cup is concerned, the quality and the type of mouse being used do have an important role to play. Of course he does use gaming mouse.

Though he does keep changing mouse keeping in mind his specific needs, requirements and comfort levels, and other such attributes. However, it is believed that right now he is using the famous Air58 Cherry Blossom Finamouse (Red). It is a sponsored and branded mouse.

When news about the mouse being used by Bugha became public, it took only a short time before the entire stock got sold out. This is considered to be a perfect gaming mouse and it weighs a little less than 58 grams and has that amazing lightweight feel.

The mouse is also corded and this does have its own advantages because quite often wireless mouse can have problems associated with lag. The corded mouse is built using the famous PhantomCord, and this ensures that the cord does not get entangled with other equipment.

What Keyboard does Fortnite Bugha Use?

Yes, many people are also showing quite a bit of interest as far as the setup of Bugha is concerned, especially after his incredible win the Fortnite World Cup. He certainly does use a gaming keyboard.

These keyboards are specially designed and are for competitive gamers. It gives them confidence and they are able to handle gamed deftly and ensures that they are able to take on the best and well known players with a sense of confidence.

We all know that a good gaming keyboard offers many benefits. These include faster response times and mechanical key switches amongst a host of other such benefits.

It is believed that Bugha uses Logitech Mechanical Gaming Keyboard. This particular gaming keyboard is built for those who are into tough and demanding eSports.

It is built with the main objectives of responsiveness, speed and design in mind. Further, the keyboard also comes with backlit RGB colors. The good thing about this is that it can be customized to suit specific styles and specific needs.

Further, it makes use of Durable Romer G Switches and these provide up to 25% faster response time when compared to substandard mechanical switches. Further, the keyboard is light and easily portable and it comes with detachable USB cable.

This helps you to remove the cable and take the keyboard easily along with you wherever you go. The best way to learn more about this keyboard is to see the master professional Bugha making use of it during his competitive matches and also while he is practicing.

This certainly will give the readers a better idea about the keyboard and you will know why it is considered to be one of the best.

A Look at the Monitor used by Bugha in Fortnite

It is quite obvious that the monitor that is being used for the various games also have a vital role to play in enhancing the efficiency of the players.

Bugha knows it better than many others and therefore spends quite a bit of time selecting the right monitor. It is believed that Bugha uses the famous Allenware AW2518H monitor.

According to him and other experts it offers the best possible HD resolution and it also comes with a futuristic design. It will make any battle station look fantastic and will motivate the players to give their best.

Hence, there is hardly any doubt that Fortnite Bughamay have become a sensation overnight. But it has not happened by a magic wand or because of some good fortune and luck.

It is the result of his hard work, dedication, understanding of the game and the effort he has taken to make Bugha Setting one of the best in terms of game style, approach and last but not the least the accessories and tools that he chooses.