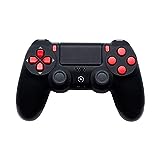 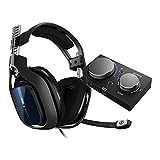 Fortnite Scoped was born in the United States on January 16th, 2004.  In Fortnite Scoped likes to stay under the radar and is only 16 and has decided not to give his name out.

Even with over $42k+ in tournament earnings he has been able to keep it a secret.  The picture above is the only image of Scoped that is available where he did a face reveal by showing his phone with his camera on.

Fortnite Scoped is known for his strength in competing with other players on a very high level. His ability and control in competitive games pit him with the very best in the game.

He can only be compared with the likes of the Unknown Army and Ghost Aydans in game. This makes him one of the top earners in the game; he attracts millions of fans around the globe.

His YouTube channel has been gaining more views daily; this makes him one of the most influential players in the world. What skin does Fortnite Scoped use?

Fortnite Scoped uses the skin Maniac which is his signature skin.  You will rarely see him using any other skin but this one.  The skin is pictured above and has a red mask/helmet on her head and has a black sword on his back.

Scoped and his Game Sense

One of the best things about Scoped is his game sense.  He comes up with next level solutions in the game off the top of his head and he makes it look easy.

Please check out his Tournament stats below as he has been a force to recon with or catch him live on his stream.

When the Fortnite champion series started, Fortnite Scoped and Tfue won the duo’s challenge. This championship displayed exemplary game performances; however, there were very many in-game battles among the other players.

During the third week of the tournament, Scoped and Tfue were definitely winners of the duo’s challenge. They do still play together regularly and also bring in Innocent from time to time if they need a third for Trio’s.

Players such as the Fortnite Scoped have given people reasons to enjoy Fortnite. The game is increasingly becoming a very skill based game across the world.

The competitive scene has been getting more difficult not just due to balances in the game but because all the hours players have put into the game.

I’m sure we will be seeing a lot of Scoped in the future and when he gives more info about himself, we will update this article.