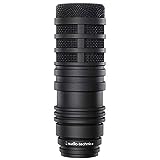 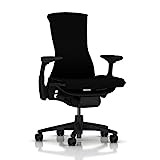 Fortnite Timthetatman or known as Timothy John Betar was born April 8th, 1990 in Syracuse New York.  He got married in August 2016 to Alexis.  His father has come on the stream before and said he is very fortunate to have a son like Tim.

If you haven’t been to a TimTheTatMan stream you are missing out.  Tim is very soft spoken and caring and you can see he has a heart of gold.  He is an entertainer first and gamer second.

He doesn’t mind making mistakes in the game as long as people are enjoying the content.  Before being a streamer he used to work with special needs kids.

How did Timthetatman get his name?

When Tim was at school the professor was taking roll call.  At this point Tim only had one tattoo.  The instructor called Tim and he said “here”.  The professor said ok Timthetatman check.  That is how the name was born.

The start of Timthetatman

At the start of his career 2013 he focused mainly on Call of Duty Black Ops 2.  He always seemed to have people watching him at the start and it just continued to grow over the years.

He enjoyed sharing his life with his fans like his love for jeeps and what teams he supported which are mainly the Cowboys and Blackhawks. In 2016 a new game came out called Overwatch and Time decided to start playing it early on.  He really enjoyed it and was one of the top streamers even though he didn’t have the same skill set as the pro players he more than made up for it with his amazing personality.

Once he decided to switch to the game full time he started averaging 14,000 concurrent viewers.  He would also enjoy teaming up with the likes of xQc and Seggle.  The game play just went up from there as these talented streamers just played off of each other’s strengths and weaknesses.

He did keep improving but at the same time his love for the game declined.  He ended up reaching the highest rank in the game but started to play less as the meta was just not fun for him anymore.

Fortnite hits the world hard and the streamers have really grown from this. In Fortnite Timthetatman was one that would be known as the gang.  This group of players involved:

The squad play was so exciting as you had a different player on each side.  You had Ninja who was the big gun when they needed it.  Dr. Lupo for support and some extra toxic comments that are always so funny.  CourageJD as the class clown with some skill behind him.

Then you have Timthetatman who will spend most of the game dying to fall damage.  The games were amazing and hilarious to watch and everyone misses this chemistry they had.  You can always catch Ninja reminiscing about it on his stream.

In Fortnite Timthetatman was kind of like Ninja’s sidekick.  Just as Kevin, a stuffed penguin is Timthetatman’s sidekick.  The two just work amazingly together and you can’t fake this kind of honest wholesome entertainment.  As I write this myself I notice now how much I miss tuning into those streams.

Tim didn’t just play in the same squad all the time though he also played with other Fortnite players like:

Since the Fortnite days Tim has still been growing but doesn’t play the game as much.  You can find him in other games though like Warzone.  He has also partnered with the NFL for Thursday night games that he would watch on Twitch with his viewers.  It set new records and I feel like they will continue to do this once the world opens up again.

What Fortnite skin did Timthetatman wear?

In Fortnite Timthetatman always liked to wear the tomatohead skin.  They had a running joke that anyone in the game could go to the tomato temple and worship him.  It was always a place he would look to drop in the game and find a lot of others landing with him even though it was a landing spot lacking in loot.

At Twitch con they also had the roast of Timthetatman which I recommend everyone check out.  Especially Dr. Lupo’s section where he just has no filter, it is hilarious.  Here is the link on YouTube On Twitch his wife started up a stream and gave him a present, it was a little shirt.  He was so confused as he just woke up and asked if she was pregnant and she said yes, he was so stunned he asked again to hear the same answer and the biggest smile appeared on his face.

Skip forward and he now has a baby boy (Brewer)  who makes an appearance on the stream from time to time.

Tim is such a kind person and has even raised more than $106,000 for Saint Judes children in a 4 hour charity event.

When you go into his stream you may be a bit confused at first but you will quickly know why so many people watch him and when it’s time for you to leave the stream it will feel like you made a new friend.